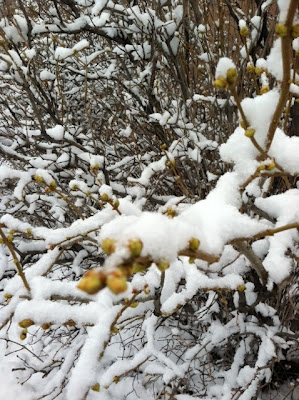 Snow on forsythia bush in Santa Fe a few days ago

Tightly wrapped yellow forsythia and fuzzy gray pussy willows are budding here in Santa Fe in chaotic weather conditions, with snow one day, 60 degrees the next. Weather playing havoc is what March is about. In like the proverbial lion, out like the lamb. The color of spring is green (we should eat greens and wear greens to be in harmony with the season), and the emotion is to embrace growth and movement, and to give freely and passionately, according to my former acupuncturist Beverly Bakken. Right now in Santa Fe, mostly everything is blue (sky) and brown (bare trees and adobe homes), with a ribbon of green running through. The green gets stronger every day.

March highlights in my world so far? I made a new friend in my neighborhood: an adorable Jack Russell – Chihuahua mix named Hercules that’s 11 pounds and has a white body with toffee patches – he looks like a paint horse. Dinner last week at Ristra was a treat, especially sipping the aromatic ginger martini. Power lunches at the Palace with other writers like my old friend Charlotte Berney and my new one, Pat West Barker, have been fun; the tuna burger there is fabulous. I just edited a story mystery novelist Sandi Ault wrote about Indian artists; it was a fulfilling collaboration.

And I glimpsed a preview of the big art show “It’s About Time: 14,000 Years of Art in New Mexico” going up at the New Mexico Museum of Art in May. There’s a great piece by Galisteo-based Bruce Nauman in the show, a rebellious 1985 lithograph with “Live or Die” printed in red ink on a white background. To me it symbolizes the significance of independence, resourcefulness, and doing what’s important to you, as opposed to living your life through other people’s values. That’s good in any season, right? 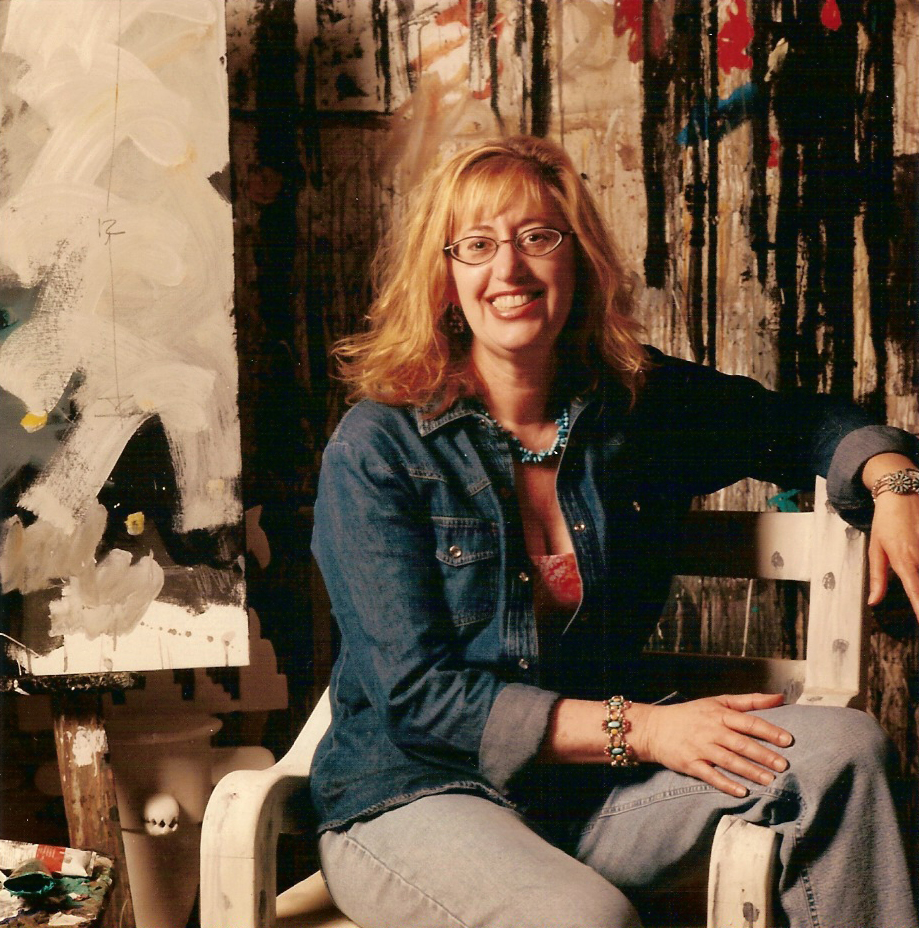