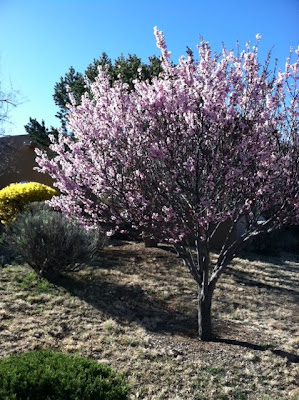 Yellow forsythia and pink fruit trees are blooming early in Santa Fe. I’ve been missing Munson Gallery, where I used to admire Russell Chatham’s misty tonalist landscapes. Having read on sfgate.com that Chatham was broke and living back in California’s West Marin County in remote Marshall (population: just 50), I convinced my mom Helene to drive there with me recently when I was in the Bay Area. Maybe we could buy a little Russell Chatham painting.

Our drive was pastoral — two hours of marshlands, green hills, and cows. Peaceful wide-open farmland. We dipped down right into Marshall at the Hog Island Oyster Co. (fresh oysters, and that’s it) on Highway 1. Two buildings away was the house where Chatham had last been seen painting: J. Shields & Sons: Dealers in Coal & Feed. I knocked. I called out, “Russell!” We spotted a canvas frame in the upstairs window. But no response.

I asked at the Oyster Co. if Chatham was around — “Never heard of him,” said the salesgirl. “Yeah, I think he’s somewhere around here,” vaguely replied a guy barbecuing oysters. We had fish tacos (disappointing) at The Marshall Store, where the waitress shrugged, “Don’t know him.” There wasn’t much else to Marshall. A few houses. Some boats in the water. Shells underfoot. No cell reception, but Tomales Bay was clean and glistening. Cuter towns to the north (Bodega Bay) and south (Bolinas, Stinson Beach, and Point Reyes Station, with its Station House Café). Maybe Chatham has moved on to one of them — more life of the mind, more gustatory diversity.

On the plane returning to New Mexico, the teacher seated next to me commented, “Santa Fe has a lot in common with Marin County — an interest in organics and health things. Nobody can plant genetically modified organisms in Marin County. It’s against the law.” Back home, I called Munson Gallery, which is now Meyer East Gallery. They’re no longer representing Chatham, but they do show Marc Bohne, whose moody, layered landscapes have some of that ethereal quality.